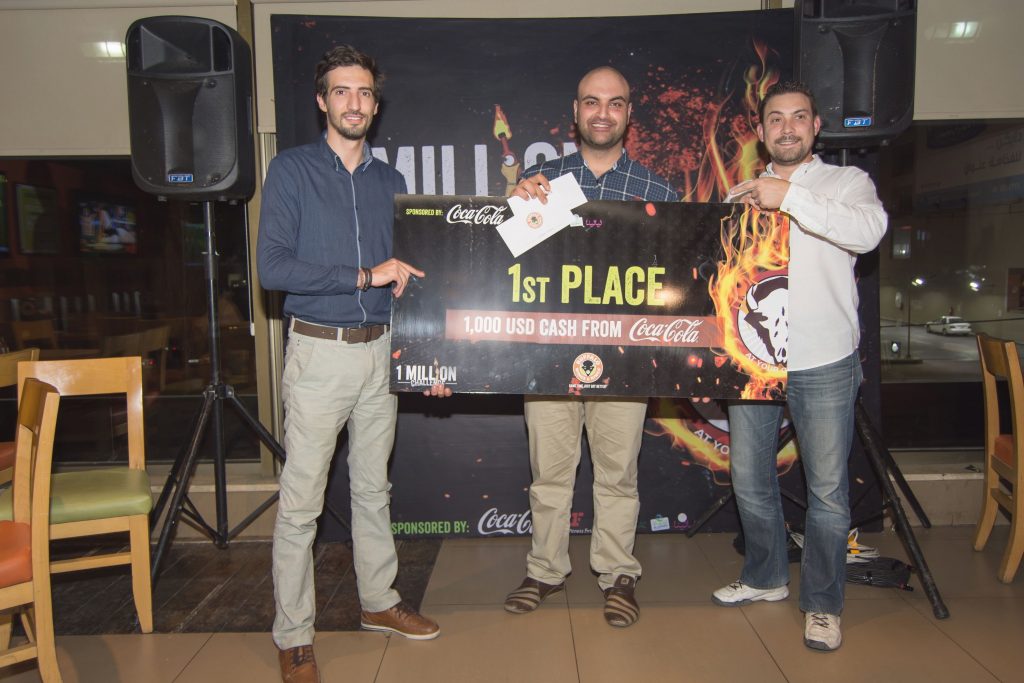 Once again, on the 8th of November 2016 one of the most exciting and challenging events took place at Buffalo Wings and Rings Jordan “The One Million Challenge”. The competition took place, on Tuesdays of November, over a 4 weeks span, in Jabal Amman & Abdoun, with the final round that took place on the 29th of November 2016 at Buffalo Wings & Rings Khalda. The competitors had to eat 15 wings, dipped entirely in the world’s hottest one million sauce, in two minutes or less in order to qualify. The person who eats the most number of wings with all of the chicken off the bone wins.

BWR branches were packed on the night of the challenge with many people who came in to participate, watch, support, and cheer on to their friends who were participating in the challenge.

Don’t miss out on our upcoming events and challenges.